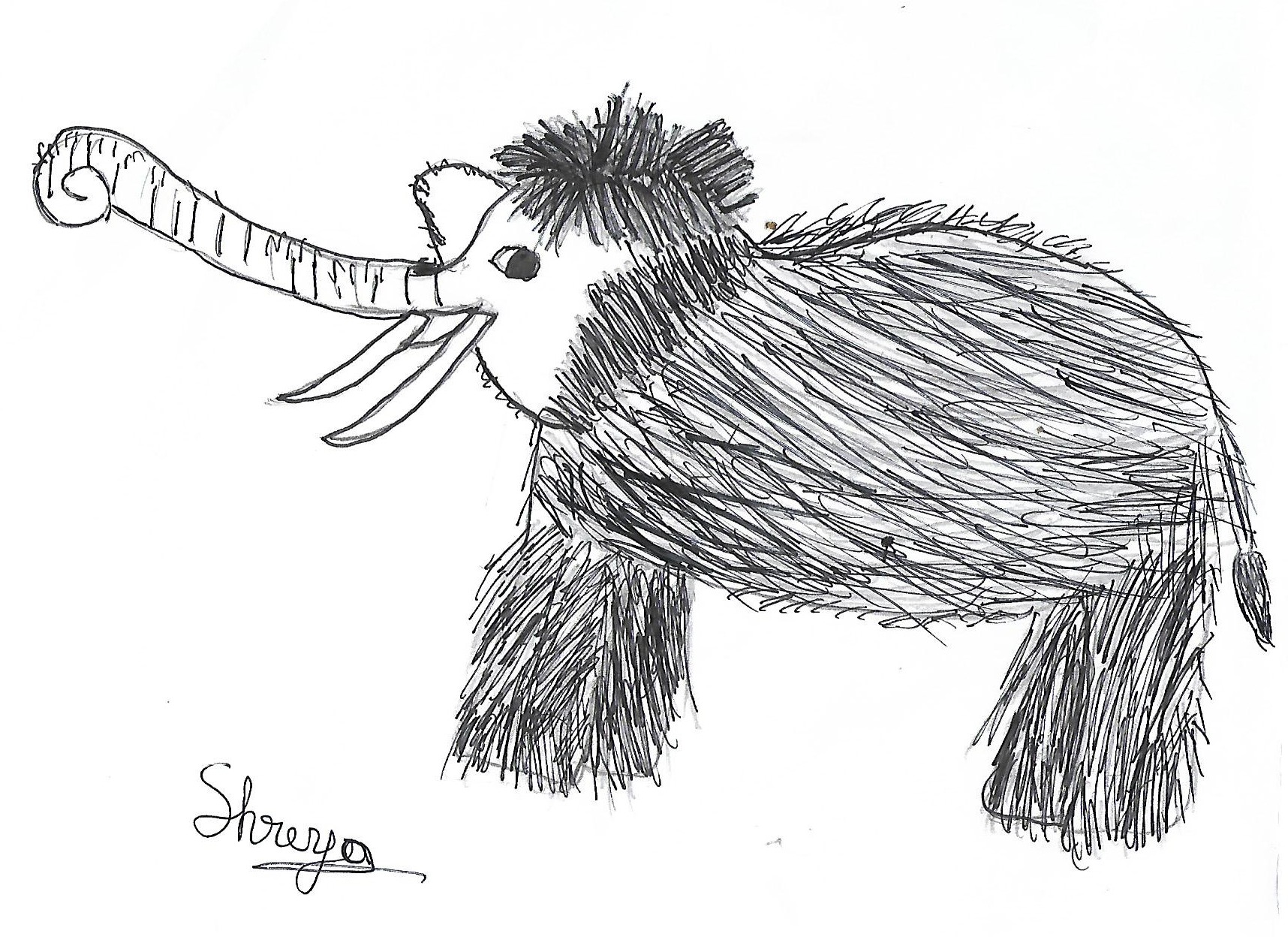 Earth supported a variety of amazing life forms and habitats long time back also. Earth was inhabited  by creatures big and small.

now many of the  rare  species are extinct. bringing them back to life on    this  planet is  the wish of many  scientists. they want to establish reasons for the termination of the earth’s  dinosaurs and mammoths.

when woolly mammoths return to earth they might expect the same old snow covered world with some humans wearing fur chasing deer. however they will be shocked to see the earth  reeling under global warming. everywhere man has put his signature- destruction.

hunting without thinking  about earth’s biodiversity  has wiped off many life forms  from earth. rights conscious modern man is not much different from his early ancestor; thinks the WM.  rush for luxury and power makes man greedy. Early man killed only for getting food and for saving his life. However modern man hunts and kills in the name of religion,politics…

food  alone was the goal of early  man. after he invented wheel ,man began to  go in the path of plundering earth’s resources. WM tells scientists to recreate him only if they can restore earth in its former beauty and glory.